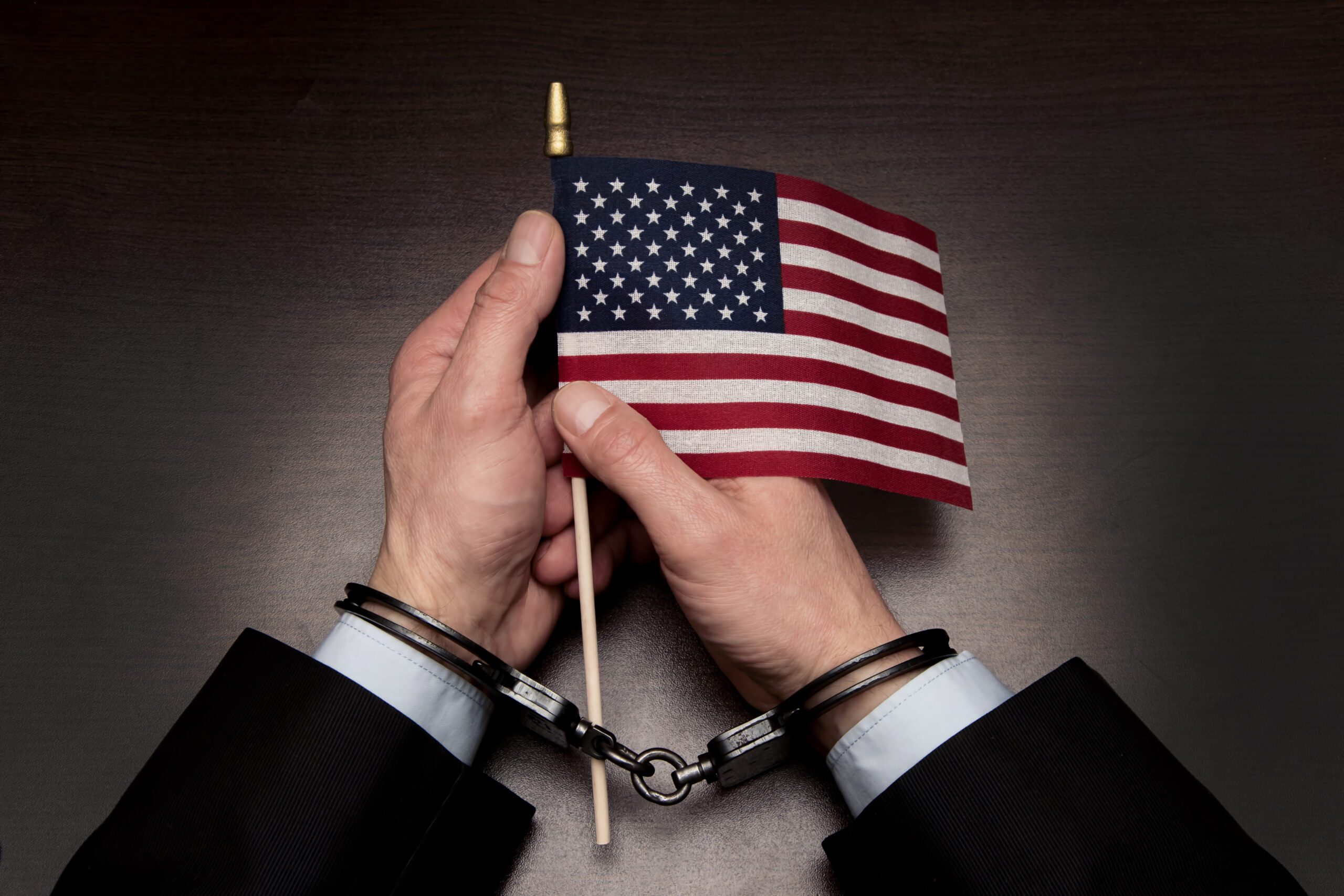 Have you been charged with or convicted of a crime?

If you are not a United States (U.S.) citizen and have been arrested and charged with a crime, it is critical that you contact an Immigration Attorney to understand the immigration consequences of a potential conviction.

Please see below for examples of the kinds of crimes that can render non-citizens deported from the U.S.

One Crime Involving Moral Turpitude Within Five Years of Arrival

Any non-citizen who is convicted of a crime involving moral turpitude committed within five years (or ten years in the case of an alien provided lawful permanent resident status under section 245(j) of this title) after the date of admission for which a sentence of a year or longer may be imposed is deportable. Section 237(a)(2)(A)(i).

Any alien who is convicted of an aggravated felony at any time after admission is deportable. The term “aggravated felony” is defined in section 101(a)(43) of the Immigration and Nationality Act. To determine whether a particular conviction is an aggravated felony,” the Court first applies the “categorical” approach looking only to the statutory definition of the offense. If the statutory definition of the offense of conviction is broader than the definition of the relevant removal offense, the Court applies a “modified” categorical approach in an attempt to determine the conduct for which the defendant was actually convicted. Under the modified categorical approach, the Court looks beyond the language of the statute to a narrow specified set of documents that are part of the record of conviction in order to determine the conduct for which the alien was convicted. See generally Shepard v. United States, 544 U.S. 13 (2005).

Any non-citizen who (prior to the date of entry, at the time of any entry, or within 5 years of the date of any entry) knowingly has encouraged, induced, assisted, abetted, or aided any other alien to enter or to try to enter the United States in violation of law is deportable.

Any non-citizen who at any time after admission has been convicted of a violation of (or a conspiracy or attempt to violate) any law or regulation of a State, the United States, or a foreign country relating to a controlled substance (as defined in section 102 of the Controlled Substances Act (21 U.S.C. 802), other than a single offense involving possession for one’s own use of thirty grams or less of marijuana, is deportable. Section 237(a)(2)(B)(i) of the Act.

Any non-citizen who at any time after admission is convicted under any law of purchasing, selling, offering for sale, exchanging, using, owning possessing, or carrying, or of attempting or conspiring to purchase, sell, offer for sale, exchange, use, own, possess, or carry, any weapon, part, or accessory which is a firearm or destructive device (as defined in section 921(a) of title 18, United States Code) in violation of any law is deportable. Section 237(a)(2)(C) of the Act. Where the statute under which an alien was convicted encompasses offenses that constitute firearms violations and offenses that do not, the Court looks to the record of conviction and to other documents admissible as evidence in proving a criminal conviction to determine whether the specific offense of which the alien was convicted constitutes a firearms violation within the meaning of section 237(a)(2)(C) of the Act. Matter of Teixeira, 21 I&N Dec. 316 (1996); Matter of Madrigal, 21 I&N Dec. 323 (BIA 1996); Matter of Pichardo, 21 I&N Dec. 330 (BIA 1996).

Any non-citizen who at any time after admission is convicted of a crime of domestic violence, a crime of stalking, or a crime of child abuse, child neglect, or child abandonment is deportable. For purposes of this clause, the term “crime of domestic violence” means any crime of violence (as defined in section 16 of title 18, United States Code) against a person committed by a current or former spouse of the person, by an individual with whom the person shares a child in common, by an individual who is cohabitating with or has cohabitated with the person as a spouse, by an individual similarly situated to a spouse of the person under the domestic or family violence laws of the jurisdiction where the offense occurs, or by any other individual against a person who protected from that individual’s acts under the domestic or family laws of the United States or any State, Indian tribal government, or unit of local government. In order for a crime to be considered a crime of domestic violence, the crime must first be classified as a crime of violence. 18 USC 16 defines a crime of violence as: 1) an offense that has as an element the use, attempted use, or threatened use of physical force against the person or property of another, or 2) any other offense that is a felony and that, by its nature, involves a substantial risk that physical force against the person or property of another may be used in the course of committing the offense. This ground of deportability only applies to convictions occurring after September 30, 1996. IIRAIRA 350(b).

For more information please feel free to contact our office.